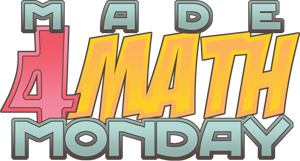 About a month ago, I watched a presentation in my grad school class about using literacy stations in the younger grades.  One of the activities that was shared involved students creating words using water bottle caps that had letters written on them.  I immediately started to collect water bottle caps (and had my parents, sister, aunts, uncles, and cousins do the same!).  Obviously, I teach middle school math so I wasn't going to use letters on the caps.  I wasn't exactly sure how, but I knew I would use them in some way.

Fast forward to last week when Hodgesgal posted this on her blog: Fractions, Decimals, and Percents Game.  I downloaded the game board and instructions right away.  I can't wait to use the game with my 7th graders!  We don't get to percents, though, until midyear and I really want to use these bottle caps sooner than that.  So, I created a Decimal & Fraction Matching Game to be used during centers.

The game is a center activity for students to complete in pairs. Each pair will need 2 game boards, 2 timers, pencils, and scrap paper. Each player will also need a set of 28 water bottle caps: 14 with fractions and 14 with the equivalent decimals already written on them.

I've decided that the students will play head-to-head. Each will start their timer and place each matching decimal-fraction pairs on the game board. When a player is satisfied with their answers, he or she will stop their timer. Once both players are finished, they will check each other’s work using the answer keys. Five seconds will be added onto a player’s total time for any incorrect matches. The player with the fastest time wins!

I started by making the game board.  (I will definitely be laminating them.) 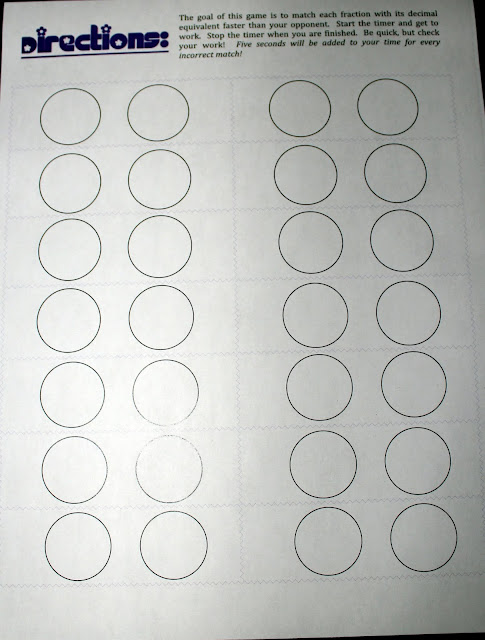 Next, I got out my Sharpies and the bottle caps... 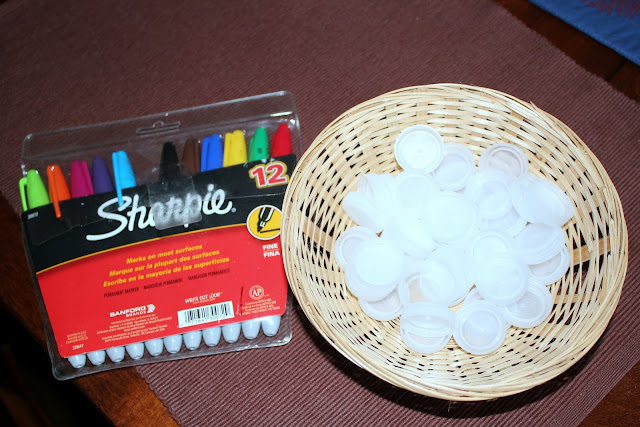 I made the fraction caps first. 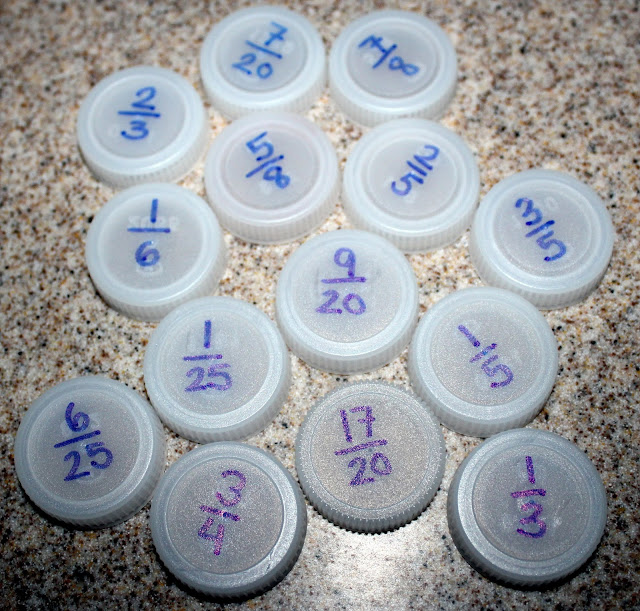 Followed by the decimal ones. 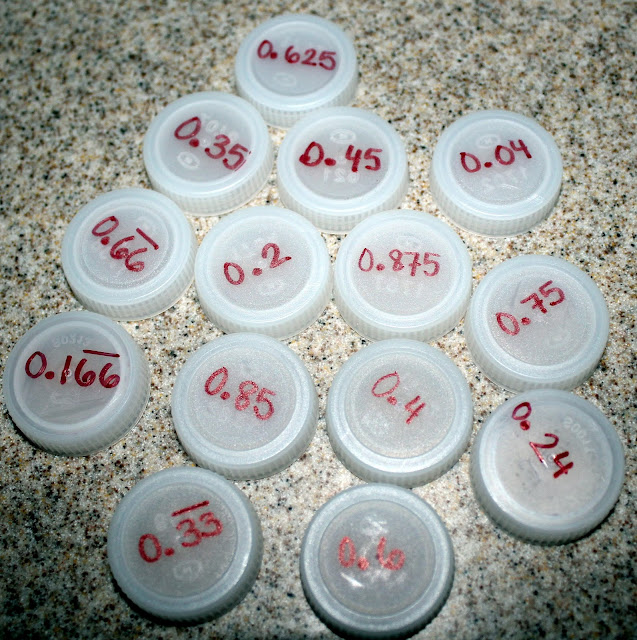 I also made the matching percent bottle caps (so that they'll already by done when I want to play Hodgesgal's game). 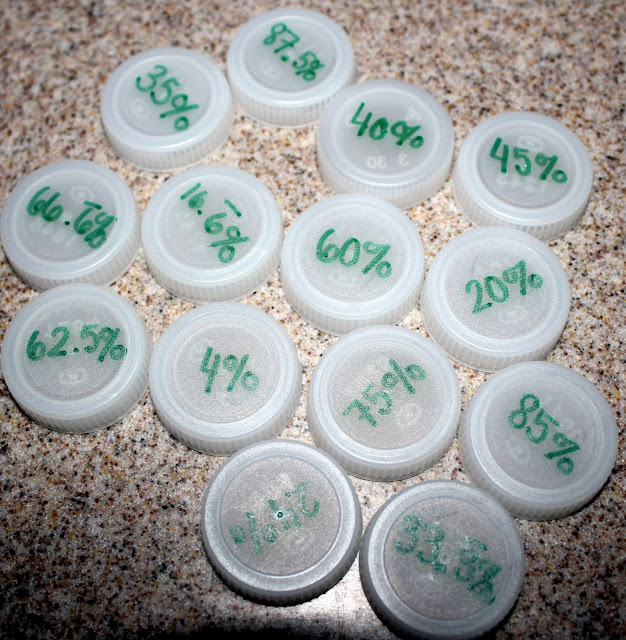 I color-coded the bottle caps by type of number.  You could also make it more challenging by just using 1 color for all. 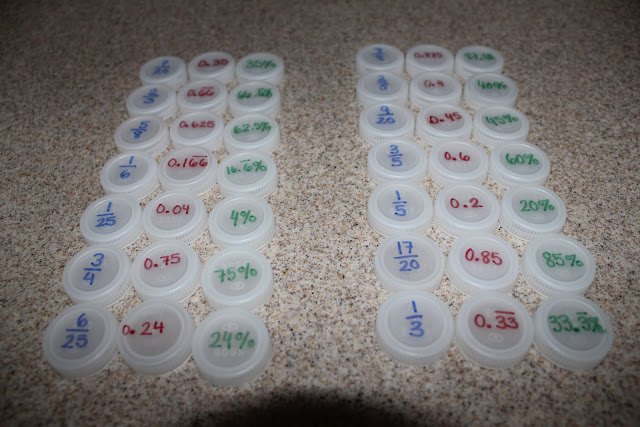 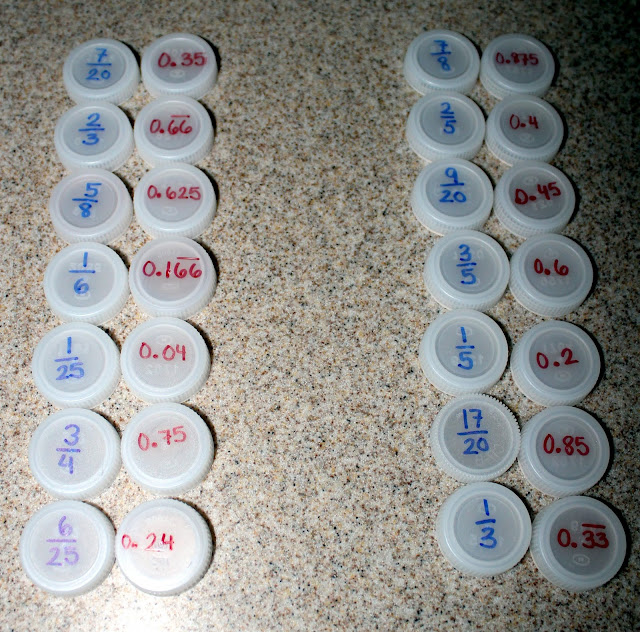 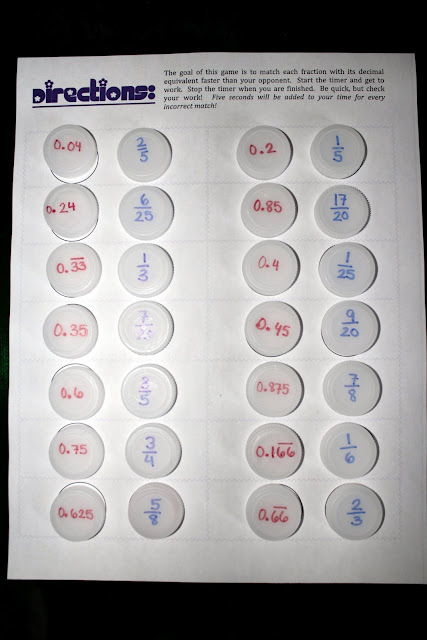 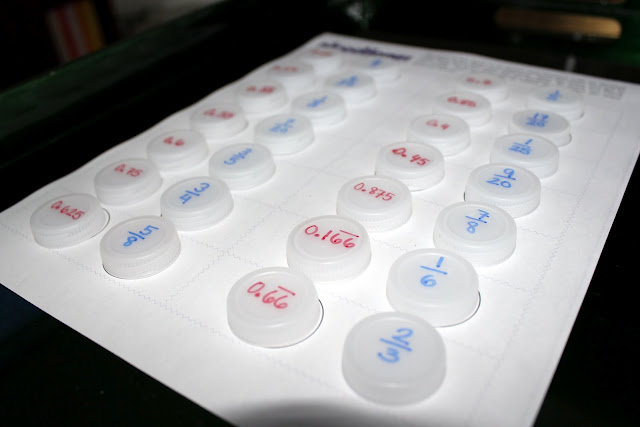 I bought this container at Michael's a few days ago to store the bottle caps. 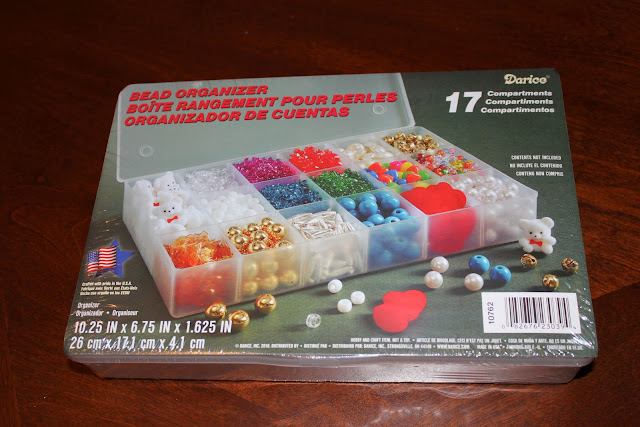 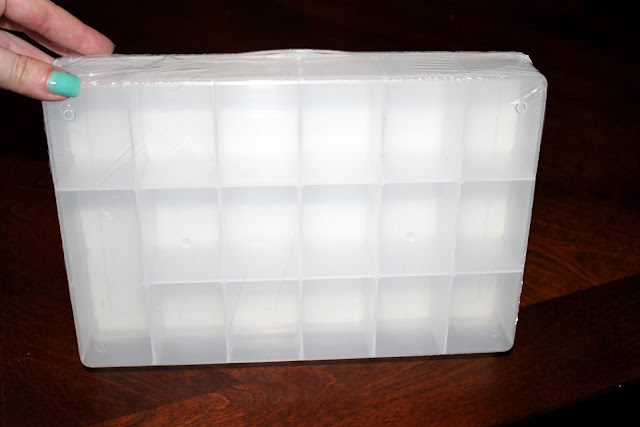 It was only $0.99 (which I think may have been a mistake) and then I used my teacher's discount!  My plan was to have a compartment for each number and to have that number written on the bottom.  I think I have to get smaller containers to store each set separately though.

I really think my students will like this.  They normally love anything that involves a little friendly competition!  You can get the game board, directions, and answer key at my Teachers Notebook Store or at my TeachersPayTeachers Store.  I plan on making other activities to use with the caps...they are perfect for comparing and ordering rational numbers as well!

Katie
I am in my 14th year as a 7th and 8th grade math teacher. I also teach Algebra I. I started using Interactive Notebooks in my classes six years ago and love it. Every day is new and exciting in my classroom. I'm lucky to say I truly love what I do.